We promise a hassle-free, reliable passive fire installation. We care about your project and ensure a professional, solution-orientated approach.

Home  /  Fire Protection Blog   /  What Is Firestopping and Why Is It Important in Apartment Complexes in Ireland? 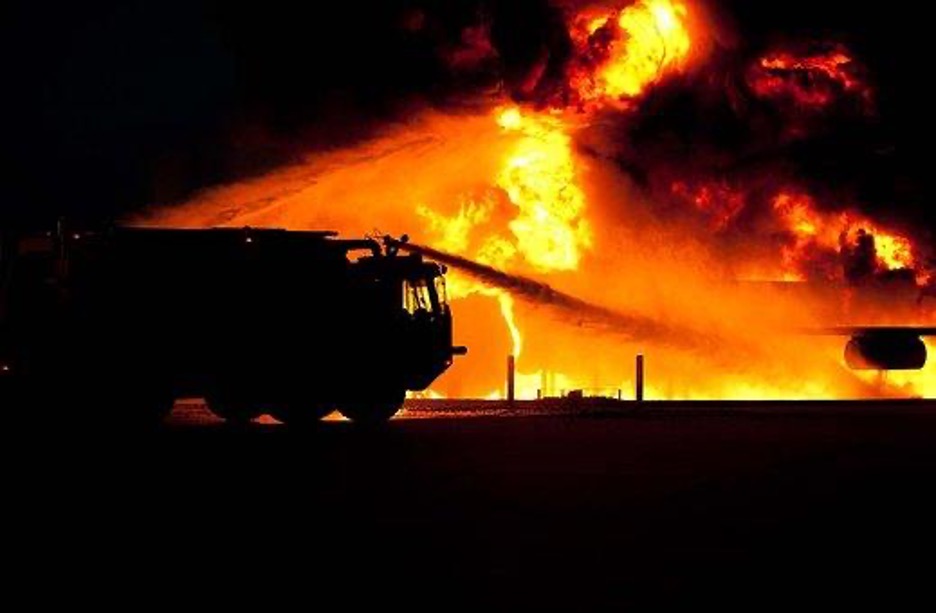 As a building manager or property management company, you know that firestopping is an integral part of keeping your apartment complex safe. But why is it so important in Ireland? Here are three reasons:

Firestopping is a vital part of your fire safety strategy. Ensuring it is up to standard can mean the difference between life and death for the residents and tenants.

Firestopping is the process of fireproofing a building or structure through fire dampers, curtains, and other forms of passive fire protection. This system is essential in apartment complexes within Ireland, as fire spreads quickly and easily through multiple buildings with common walls.

Fireproofing acts as a shield between structural elements when a fire occurs and drastically reduces the probability that fire will spread across adjacent rooms. It helps to compartmentalise the building, allowing fire doors and exits to remain functional until all occupants are safely evacuated. Firestopping also helps save resources by preventing fire damage to communal areas such as hallways. It provides an added layer of resilience that protects the lives of building tenants and responding personnel.

How Can Firestopping Help Prevent Fires From Spreading Through Buildings Quickly?

A firestopping system is a valuable safety measure that helps keep fires from quickly spreading through buildings. By utilising fire bats and collars, the system creates an effective barrier that can withstand fire long enough for people to evacuate safely while also protecting the structural integrity of the building. It’s an important part of passive fire protection, which strives to prevent and contain fires should they occur.

What Are Some of the Most Common Materials Used for Firestopping in Apartment Complexes in Ireland?

Several key materials are employed to ensure the safety of everyone in the building. Some popular solutions used by architects include intumescent paint for fire protection on walls and ceilings, safety doors designed to keep out flame and smoke, fire collars used to seal off gaps around pipes and cables, and fire doors that help prevent dangerous heat from spreading in the event of a blaze.

Firestopping materials used in apartment complexes must always meet stringent safety standards so house owners can rest assured that their homes will be safe even in emergencies.

How Often Should Firestopping Systems Be Inspected and Maintained to be Effective?

As mentioned, firestopping is a crucial safety measure to reduce the risk of fire spreading in a building. For it to be effective, regular inspections and maintenance must be done. According to experts, firestopping systems should be inspected annually by a qualified individual and tested every 10 years.

Additionally, 10 years is the typical life of most firestopping products, so components should also be replaced at this time if needed. These products maintain effectiveness when it is regularly inspected and maintained. Hence, property owners need to remember this to keep their buildings and residents safe from fire hazards.

Failure to adequately install or maintain firestopping in an apartment complex in Ireland can have serious consequences. If a significant fire does break out, it can quickly spread from one area of the building to another without adequate firestopping. Not only are occupants at increased risk of harm due to the potential for the rapid spread of flames and smoke, but such situations could also result in financial losses.

Structural damage caused by improperly installed or poorly maintained firestopping may not be covered by insurance policies, leading to uninsured losses for landlords and homeowners. What’s more, inadequate firestopping could also lead to penalties or fines issued by local authorities due to violations of codes and regulations related to fire safety. To avoid these risks, apartment complexes should ensure proper installation and ongoing maintenance of firestopping.

What Are the Risks of Structural Collapse if a Fire Spreads Through an Apartment Complex?

When a fire takes hold and spreads through an apartment complex, the risks of structural collapse increase dramatically. Fire can quickly weaken or erode load-bearing walls, supports, and other elements of the building’s structural integrity.

Furthermore, because smoke and heat can expand within the buildings’ various cavities and enclosures, it is possible that excessively high temperatures can melt glues holding parts together or even cause portions of flooring or ceilings to become too weak to continue bearing weight.

Ultimately, this makes apartments dangerously unstable and may lead to the collapse of affected structures if not addressed in time by emergency personnel. As such, when faced with this situation, residents need to evacuate their units as soon as possible to avoid potential disaster.

Firestopping is an important measure that prevents fires from quickly spreading through buildings. In Ireland, apartment complexes are especially vulnerable to fires due to the high number of occupants in close proximity to one another.

Various materials can be used to stop the fire from spreading. These products must be properly installed and maintained to be effective. If you suspect your building’s firestopping system is not up to par, don’t hesitate to call Flame Stop today for a professional inspection. Regular inspection and maintenance of these systems are vital to keeping them effective.

Do you own or manage an apartment in Ireland? At Flame Stop, we have certified professionals who can inspect and maintain your Passive Fire Protection Systems, including your fire doors, so you can rest easy knowing your property is safe from fire. Call us today on + 353 1 8 394 005 or contact us here to find out more! 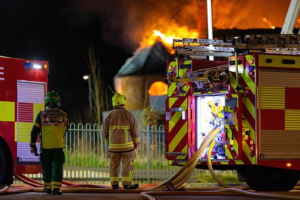 How Essential Is Passive Fire Protection in Ensuring Safety in Apartment Complexes? 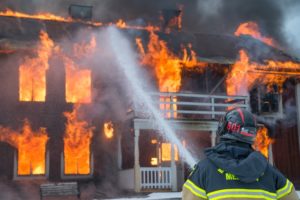 What Range of Services Does a Fire Stopping Company in Ireland Provide? 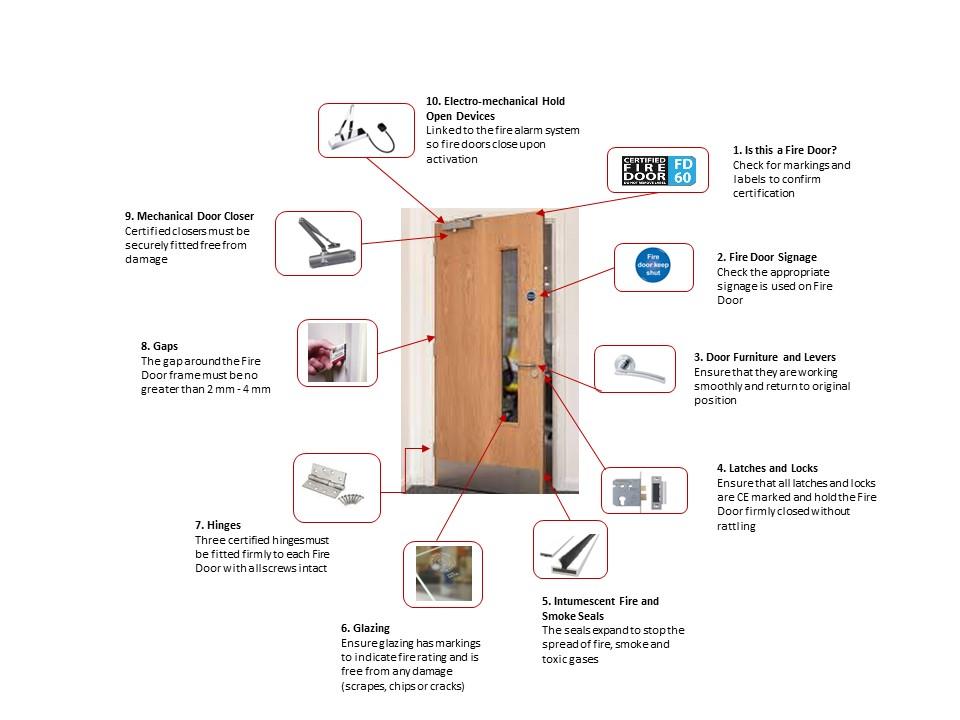 Who Is Responsible for the Fire Doors in a Building?

Our professionals are available to be contacted personally to discuss queries at any stage of a project.

Our professionals are dependable and flexible to meet our client project schedules. We never compromise on quality.

We offer a consistently exceptional quality of work, giving our clients a seamless experience.

We are proactive and adapt to any challenge. We ensure the project moves forward.

This website uses cookies to improve your experience while you navigate through the website. Out of these, the cookies that are categorized as necessary are stored on your browser as they are essential for the working of basic functionalities of the website. We also use third-party cookies that help us analyze and understand how you use this website. These cookies will be stored in your browser only with your consent. You also have the option to opt-out of these cookies. But opting out of some of these cookies may affect your browsing experience.
Necessary Always Enabled
Necessary cookies are absolutely essential for the website to function properly. This category only includes cookies that ensures basic functionalities and security features of the website. These cookies do not store any personal information.
Non-necessary
Any cookies that may not be particularly necessary for the website to function and is used specifically to collect user personal data via analytics, ads, other embedded contents are termed as non-necessary cookies. It is mandatory to procure user consent prior to running these cookies on your website.
SAVE & ACCEPT